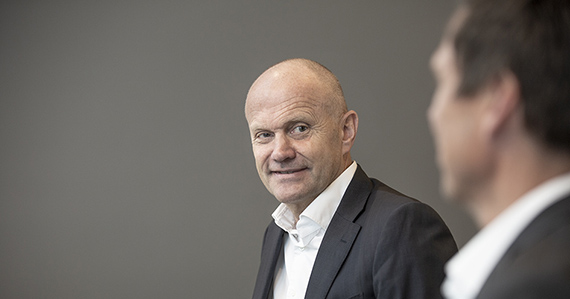 Ocean Installer is pleased to announce the appointment of Odd Strømsnes as the company’s new CEO. Mr Strømsnes was most recently managing director at TIOS, a Technip FMC and Island Offshore joint venture, and has more than 25 years of experience from the global subsea industry holding various senior executive and board roles. He was managing director for Technip Norge from 2010 to 2016.

“We are very pleased to welcome Odd Strømsnes into the Ocean Installer team.” said Odd Arne Kleveland, chairman of the board of Ocean Installer. “Odd is an accomplished leader with an impressive track record of safely delivering complex, high value projects and maintaining and building strong customer relationships in our industry. He shares our vision in continuing the development of Ocean Installer into an international Tier 1 subsea player. Odd will also be responsible for Ocean Installer’s new focus on the offshore wind market and will be tasked with establishing and growing this business line. The Board of Directors is confident Odd’s experience and personality is a perfect match for Ocean Installer as the company enters a new period of growth. I would also like to extend the Board’s gratitude to Kevin Murphy for his hard work and stewardship during his period as Interim CEO of Ocean Installer. Kevin will now assume the role of Deputy CEO.”

Odd Strømsnes has a degree in offshore engineering from Heriot-Watt University. In addition to his roles in Technip and TIOS, has experience from the renewables industry with REC Solar as Vice President for Projects. Odd starts his new career in Ocean Installer on 1st February 2020 and will divide his time between the company’s headquarters in Stavanger, Norway and its soon to be opened new office in Oslo, Norway.

“I am very excited to join the Ocean Installer team. I believe the Company is well positioned, due to its excellent track record and impressive backlog, to play an important role in the subsea industry in the years to come.” said Odd Strømsnes.